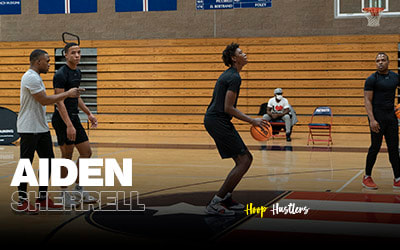 Aiden Sherrell – When I walked in the gym I saw a kid standing 6’8 that I didn’t know and that’s rare, but I quickly found out that the 6’8 versatile forward just moved to Georgia from Detroit. Adien possesses skills that are rare for a 6’8 freshman. He was dribbling like a wing and was shooting the ball with great accuracy and form. He had pretty good footwork for his size and stuck to the fundamentals shooting the left hand lay-up on the left side and vice versa. Aiden has yet to step on the court at Norcross but he said he can’t wait to join his fellow teammates. Aiden lacks explosiveness for 6’8 but makes up for it with skill. It’s hard to find a 6’8 kid who dribbles and shoots the ball the way that Aiden does. The sky is truly the limit for this kid. Aiden’s Hoop Hustler scout score was 85.
Hoop Hustlers 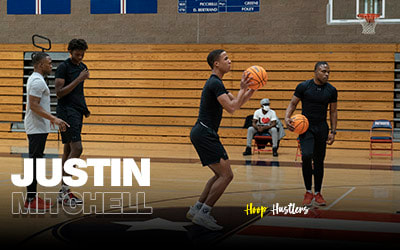 Justin Mitchell – Another freshmen who is expected to make a big splash at Norcross. I have yet to see Justin play in an organized game, but I think he possesses the skills to become one of the best PG in Georgia, if not the nation, in his class. After talking with Justin I realized he is equipped with the most important skill in basketball and that is confidence. Justin shot the ball pretty well but left a little to be desired. I liked what I saw from Justin, but want to see more in game play from him because his decision making will be an important part of his evaluation for scouts and college coaches. Justin’s Hoop Hustlers scout score was 81.
Conclusion: If Norcross is able to keep all 3 freshmen, the Blue Devils have a bright future.
Hoop Hustlers 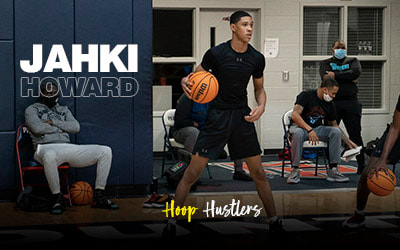 JahKi Howard – I had a chance to see JahKi Howard as a rising 8th grader at our Hoop Hustler 100 camp. His athletic ability is off the charts and has been on full display the first part of his high school season. Jahki is originally from Boston and moved to the Atlanta area last year. There was a moment at the session where Jahki shot 12 straight 3pt from the top of the key, missed one and then hit 7 straight. I’ve seen his shot improve and if the kid continues to improve he will be highly sought after. Jahki plays for the Nike program Nightrydas and looks to have an amazing campaign this spring and summer. Jahki’s Hoop Hustlers scout score was 88.
Hoop Hustlers